I began my journey with Krav Maga back in 2013. I joined Krav Maga Experts as a student with minimal self-defense knowledge (mostly learned from my father, a fire fighter and first responder in my home state of Connecticut) and an uncanny ability to mirror movement thanks to 12 years of dance experience hovering in my background.

That first class was rough.

Note: this is not my first class

I’d never thrown a punch (or hook, or uppercut) before and I most certainly had never used them on other people, but I came out the other side of that first class more confident, and slightly more bruised, than I had gone into it.

That was it, I was hooked (no pun intended).

I joined on the spot, and after several (hundred) more classes and private training sessions, and a grueling seven-week instructor course, I became certified as a Level 1 Krav Maga Instructor in 2014.

As a Krav Maga instructor I have had the privilege of teaching a diverse group of students of varying ages, genders, and socio-economic backgrounds. I have designed and led women-only rape prevention seminars, group classes, private training sessions, and appeared as a self-defense and personal safety expert on several TV shows including Daily News, Good Morning America, and The Dr. Oz Show.

So what is Krav Maga anyway? (you may be asking). Krav Maga is a self-defense system that was developed during the 1930s by Imi Lichtenfeld (1910-1998), which he taught to the Israeli Defense Forces after the establishment of the state of Israel in 1948. Krav Maga is effective and simple to learn because it is based on instinct. It adapts our natural reflexes to threatening situations, and thus is considered the most efficient self-defense fighting system in the world. 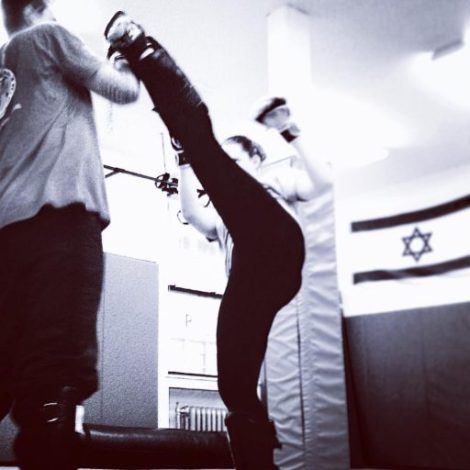 THIS IS KRAV MAGA!!!